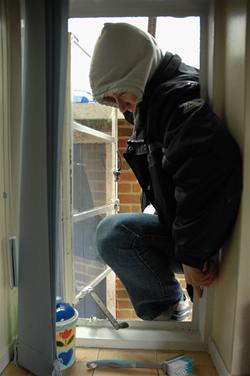 Security to help keep your insurance premiums down

The cost of home insurance unfortunately, is on the rise and according to the moneysupermarket website this is due to the increase in burglaries and man-made damage claims.

From Postcode to Premium

However, the report also indicates that there are burglary hotspots around the country, which have seen the biggest rise in premiums. Overall, the rate of increase is 1.1 per cent but this is significantly higher in certain areas.

The worst areas are Watford, the Outer Hebrides and South-on-Sea, with Harrow being the most expensive area when it comes to the cost of home insurance. However, Stoke Newington, which is postcode N16, put in more claims for burglary than any other area.

Greater London areas in general figure highly for those with the highest level of burglary claims, including Wood Green and Streatham. However, the area with the second largest burglary claims is outside London. BD10 is within the Bradford area and a West Bromwich postcode (B71) is next on the list. Other top 20 inclusions are Sheffield, Birmingham and Doncaster.

Recently collated figures indicate that burglary insurance claims are not just restricted to inner cities or particular regions. Incidents are popping up in cities, rich suburbs and rural areas. These findings stress the need for a good home insurance premium, although the amount of claims made will affect the overall cost of insurance.

Insurance policies are changing accordingly. Top of the list of specified items seen frequently on policies include laptops, bicycles and jewellery, in order of choice. Although these may not be considered the most valuable possessions owned, they are considered to be those that are desirable to thieves or have a tendency to be lost more frequently.

Those who buy home insurance are encouraged to help themselves by taking steps to protect their possessions. Keep all

values out of sight, lock doors and windows using insurance approved locks and make sure keys are not left in easy access. By making time to look after your valuables you will decrease the risk of losing them and in the long term you will save money on your policy costs. The more visible security you have the less likely you are to fall victim to an opportunist thief, gates, grilles, CCTV, intruder alarms, high security locks all act as an excellent deterrant to burglary and are recognised by your insurance company. Additionally having a secure safe installed can have a positive effect on your insurance premium.

Show your insurer that your property is not an easy target, call us on 01442 872586 or email to arrange a free no obligations risk assessment. We can advise you on full security from cctv, high security locks, intruder alarms, gate entry and access control, security lighting.