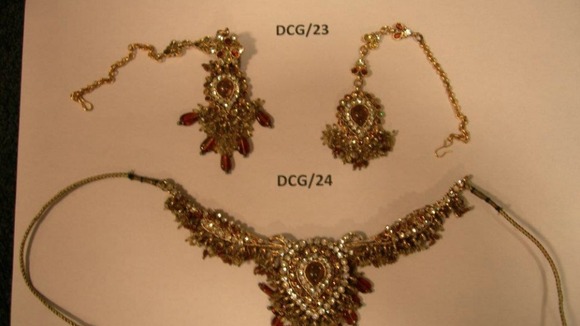 Interview with a burglar of Asian gold jewellery - burglars tips on how not to become a victim!

A prolific burglar who targeted Asian families for their gold jewellery has been speaking openly about his offences in Bedfordshire and Hertfordshire.

The 24-year-old man, who has chosen to remain anonymous, has been interviewed by Hertfordshire Police for a special YouTube video to help people protect their homes and property.

He has admitted to approximately 200 burglaries, and in the interview speaks about his reasons for offending, stating he targeted houses which contained large amounts of gold. He explains that he primarily looked for insecure homes which he targeted between 9am and 4pm.

“This man has admitted to committing a significant number of crimes and, if he’d not been apprehended, he would have posed a significant threat to the public of Hertfordshire and elsewhere.

“We know that this community has been particularly vulnerable to burglary in recent months whilst the price of gold has increased, and we’ve been working hard to tackle this crime and bring offenders to justice." – Detective Inspector Clare Smith, Hertfordshire Police

A recent victim of burglary in Hatfield, where £40,000 of jewellery was stolen, said: “The jewellery was very precious to me and despite the significant monetary value, it is the sentimental trauma that hurts the most. Each piece was individual in nature and handed down from generations so had great sentimental value and if not found, is irreplaceable.

“Although items have been stolen, the repercussions of feeling unsafe in your own home and knowing that someone has been through all of your house is very eerie and uncomfortable; not only for adults but for children as well."

Hertfordshire Police has had to deal with a number of these cases. In a separate incident, a large haul of stolen Asian jewellery was seized from a car in Hemel Hempstead.

The YouTube video will now be shown to members of the Asian community in crime prevention events across Hertfordshire, taking place in mosques, temples and community centres.

Hertfordshire Police says you can take the following steps to deter a burglar: