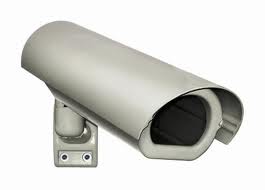 Members of the British Security Industry Association (BSIA) have reported an increase in requests for security as a result of the riots that have affected the country this week.

“We have seen an understandable increase in the number of requests for security personnel and security advice as a result riots that have affected London and other parts of the country over the last few days. Customers are increasingly seeking reassurance that the security measures in pace are effective, and are therefore reviewing all of their security systems to further enhance the protection of staff, premises and goods”, says Colin Moore, Vice-chairman of the BSIA’s Security Guarding section.

CCTV systems, already a popular security measure to assist before, during and after attacks and intrusions, are also becoming an essential tool in the identification of the culprits of this week’s violence, with the British police making available thousands of images in connection to the events that unfolded in London and other parts of the UK. Many are already being questioned following their identification from the images released.

Pauline Norstrom, Chairman of the CCTV Section, commented: "The widespread use of CCTV images to help identify the people responsible for the rioting underscore the vital role that CCTV plays in the fight against crime and disorder. Thanks to the presence of this technology across our town and city centres the police are able to review vital CCTV images to piece together specific incidents, identify the prime offenders and make high-profile calls for public support in their enquiries.

"For our part at the BSIA, as an industry body, we will continue to promote CCTV best practice working with key parties, including the police, so that the full potential of this crime fighting tool can be realised on the ground."

Other BSIA sections have also been working with the police throughout these difficult times. Robbie Calder, Chairman of the BSIA's Police and Public Services Section, which represents private security companies with particular expertise in supporting the public sector, commented: "The private security industry is always keen to provide the police and emergency services with the support they require to deal with serious events such as the ones that have occurred in London and across the country this week. So far, some member of the Police and Public Services (PPS) section have provided local intelligence to the police from patrol activities in some of the affected areas and have assisted with the monitoring and reviewing of CCTV footage, allowing police to focus on front-line duties. Others have held meetings with council emergency planning departments, to further evaluate how the private security industry and councils can join forces in the planning of responses to crisis situations.”

Also the BSIA’s CVIT section has been working to guarantee minimum disruption to their services. Ashley Bailey, Chairman of the BSIA’s CVIT section, commented: “The section has been working closely with its customers and the police to maintain access to cash. We have been doing this whilst ensuring we do not add to the issues already faced by the police.”

The BSIA has worked hard in recent years to forge effective working partnerships with the police and government, and continues to reach out to emergency services to help protect communities in the face of continued economic challenges.